Equation of conic section
Suppose lx + my + n = 0 is directrix, S(α, β) is focus, e is eccentricity of conic. 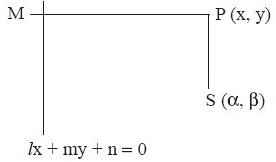 Let A be the mid point of SZ.
clearly SA = AZ
A lies on the Parabola.
Take

as X−axis, and the line passing through A, perpendicular to 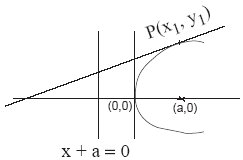 → Equation of tangent to the Parabola with slope m is, y = mx + 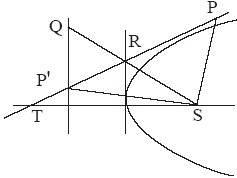 The segment of tangent between the curve and directrix subtend right angle of focus.

Tangents drawn at extremities of focal chord intersects on directrix and tangents are perpendicular.

If P(t1), Q(t2) is focal chord then length at the focal chord is equal to two times distance from mid point of PQ to directrix.

If the tangents at Q, R intersects at P, then the chord QR is called chord of contact of P with respect to Parabola. 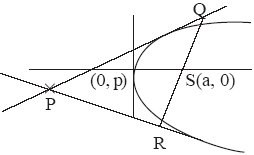 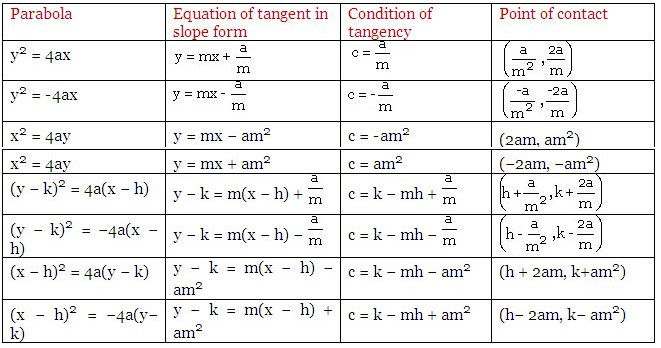 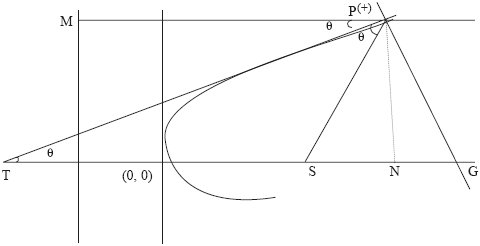 If N is foot of the perpendicular from P to axis then NG = 2a is constant and is called length of subnormal. 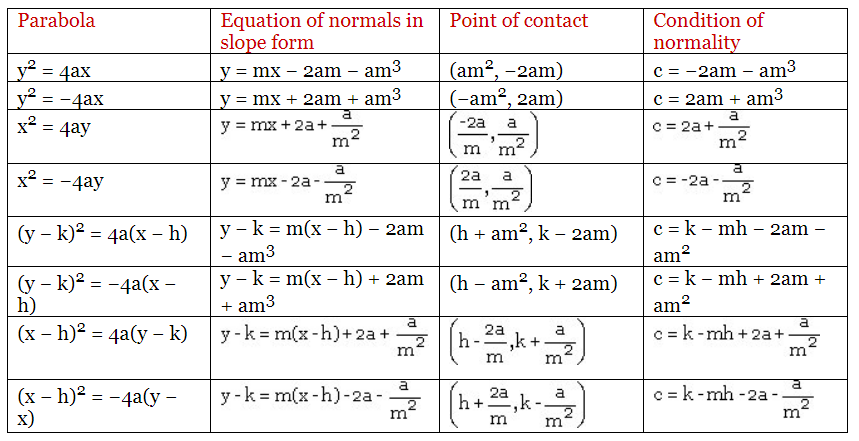 Corresponding to each of these three roots, we have one normal which is passing through P(h, k).
...  From any point P(h, k), we can draw maximum three normals to Parabola y2 = 4ax.
If the normals at A, B, C intersects at P(h, k), then A, B, C are called conormal points.
→ Circumcircle of conormal points passes through vertex of Parabola.
→ The algebraic sum of the slopes of three concurrent normals is zero.

→ Diameter of Parabola is parallel to axis.