a. Prokaryotic cell structure:
Prokaryotes are unicellular organisms that lack organelles or other internal membrane-bound structures. Therefore, they do not have a nucleus, but, instead, generally have a single chromosome. A piece of circular, double-stranded DNA located in an area of the cell called the nucleoid. Most prokaryotes have a cell wall outside the plasma membrane.
All prokaryotes have a prokaryotic cytoskeleton, albeit more primitive than that of the eukaryotes. Besides homologues of actin and tubulin, the helically arranged building-block of the flagellum, flagellin, is one of the most significant cytoskeletal proteins of bacteria, as it provides structural backgrounds of chemo taxis, the basic cell physiological response of bacteria. 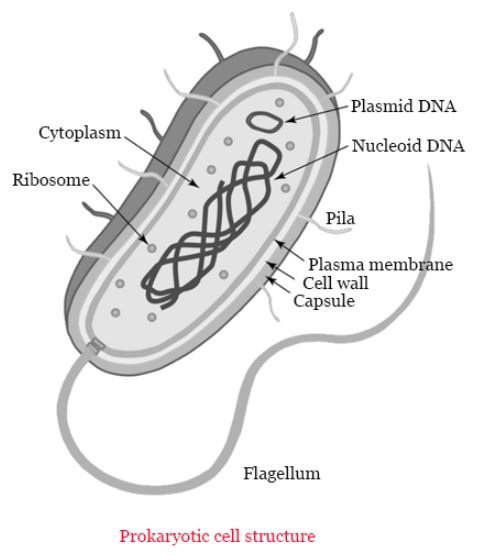 At least some prokaryotes also contain intracellular structures that can be seen as primitive organelles. Membranous organelles (or intracellular membranes) are known in some groups of prokaryotes, such as vacuoles or membrane systems devoted to special metabolic properties, such as photosynthesis or chemolithotrophy. In addition, some species also contain protein-enclosed micro compartments, which have distinct physiological roles (e.g. carboxysomes or gas vacuoles). 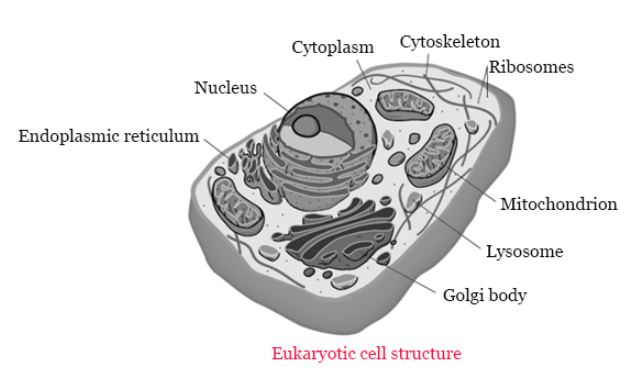