Study Of Pathology In Humans

Again study of pathology in humans is of fourteen types, they are:
1. Anatomical pathology
Anatomical pathology or Anatomic pathology is a medical specialty that is concerned with the diagnosis of disease based on the macroscopic, microscopic, biochemical, immunologic and molecular examination of organs and tissues. Its modern founder was the Italian scientist Giovan Battista Morgagni from Forli.

2. Cytopathology
Cytopathology is a branch of pathology that studies and diagnoses diseases on the cellular level. The discipline was founded by Rudolf Virchow in 1858. 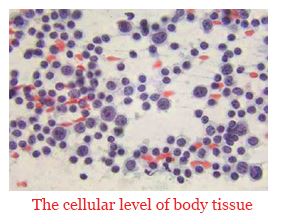 Key points
* The Pap smear is a common application of cytopathology, used as a screening tool, to detect precancerous cervical lesions and prevent cervical cancer.
* It is also commonly used to investigate thyroid lesions, diseases involving sterile body cavities and a wide range of other body sites.
* It is used to aid in the diagnosis of cancer, but also helps in the diagnosis of certain infectious diseases and other inflammatory conditions.
* Cytopathology is generally used on samples of free cells or tissue fragments, in contrast to histopathology, which studies whole tissues.

3. Dermatopathology
Dermatopathology focuses on the study of cutaneous diseases at a microscopic and molecular level. It also encompasses analyses of the potential causes of skin diseases at a basic level. More than 1500 different disorders of the skin exist, including cutaneous eruptions or rashes and neoplasms.

Key points
* Histopathological examination of tissues starts with surgery, biopsy or autopsy.
* The tissue is removed from the body or plant, and then placed in a fixative which stabilizes the tissues to prevent decay.
* The most common fixative is formalin.

6. Neuropathology
Neuropathology is the study of disease of nervous system tissue, usually in the form of either small surgical biopsies or whole autopsies.

Key points
* It is a subspecialty of anatomic pathology, neurology, and neurosurgery.
* This is largely examining, biopsy tissue from the brain and spinal cord to aid in diagnosis of disease.

Key points
* Renal pathologists work closely with nephrologists and transplant surgeons, who typically obtain diagnostic specimens via percutaneous renal biopsy.
* Medical renal diseases may affect the glomerulus, the tubules and interstitium, the vessels, or a combination of these compartments.

Key points
* A biopsy is a small piece of tissue removed primarily for the purposes of surgical pathology analysis. 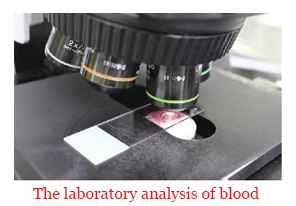 Clinical pathology is a medical specialty that is concerned with the diagnosis of disease based on the laboratory analysis of bodily fluids, such as blood, urine, and tissue homogenates or extracts using the tools of chemistry, microbiology, hematology and molecular pathology.

Key points
* It is multi-disciplinary in nature and focuses mainly on the sub-microscopic aspects of disease.
* A key consideration is that more accurate diagnosis is possible when the diagnosis is based on both the morphologic changes in tissues (traditional anatomic pathology) and on molecular testing.
* It is a scientific discipline that encompasses the development of molecular and genetic approaches to the diagnosis and classification of human diseases, the design and validation of predictive biomarkers for treatment response and disease progression, the susceptibility of individuals of different genetic constitution to develop disorders.
* It is commonly used in diagnosis of cancer and infectious diseases.

Key points
* The mouth is an important organ with many different functions.
* It is also prone to a variety of medical and dental disorders.
* It is concerned with diagnosis and study of the causes and effects of diseases affecting the oral and maxillofacial region.

14. Psychopathology
Psychopathology is the scientific study of mental disorders, including efforts to understand their genetic, biological, psychological, and social causes; effective classification schemes, course across all stages of development; manifestations; and treatment.

Key points
* Patients with mental disorders are customarily cared for by psychiatrists, doctors specialized in mental health, who diagnose and treat patients through medication or psychotherapy.