Study of pathology in non-humans

Again study of pathology in non humans is divided into two types.
They are: 1. Veterinary pathology
2. Phytopathology

1. Veterinary pathology
Veterinary pathology covers a vast array of species, but with a significantly smaller number of practitioners, so understanding of disease in non-human animals, especially as regards veterinary practice, varies considerably by species. Nonetheless, significant amounts of pathology research are conducted on animals, for two primary reasons.
* The origins of diseases are typically zoonotic in nature, and many infectious pathogens have animal vectors and, as such, understanding the mechanisms of action for these pathogens in non-human hosts is essential to the understanding and application of epidemiology.
* Those animals which share physiological and genetic traits with humans can be used as surrogates for the study of the disease and potential treatments as well as the effects of various synthetic products.

Key points
* For this reason, as well as their roles as livestock and companion animals, mammals generally have the largest body of research in veterinary pathology. 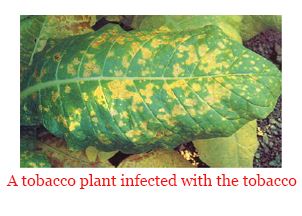 * Animal testing remains a controversial practice, even in cases where it is used to research treatment for human disease.

2. Phytopathology
Although the pathogens and their mechanics differ greatly from those of animals, plants are subject to a wide variety of diseases, including those caused by fungi, oomycetes, bacteria, viruses, viroids, virus-like organisms, phytoplasmas, protozoa, nematodes and parasitic plants. Damage caused by insects, mites, vertebrate, and other small herbivores is not considered a part of the domain of plant pathology. The field is deeply connected to plant disease epidemiology and the horticulture of species that are of high importance to the human diet or other uses.