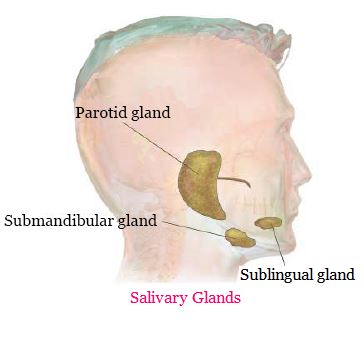 b. The liver:
The liver is the largest solid organ in the body, weighing about 1.5 kg in the adult. Lies in the right upper quadrant of the abdomen and is completely protected by the thoracic rib cage. Completely surrounded by a peritoneal membrane, known as Glisson's capsule.

The most common diseases affecting the liver are:
Hepatitis: Damage to the liver cells.
Cirrhosis: In this case an increase in the fibrous tissue formation result in shrinkage of the liver and a decrease in the hepatocellular function.
Tumours: Most frequently are secondary. Metastases from cancers of the large bowel stomach and the bronchus.
Obstruction of the bile flow: This due to pathological diseases or presence of stones.
Jaundice: It’s the yellowish discoloration of the tissue due to the deposition of Bilirubin.

Hyper Bilirubinaemia can be caused by:
‣ Increase production of Bilirubin
‣ Impaired metabolism
‣ Decreased excretion
‣ Combination of the above causes

c. The Pancreas:
The pancreas is a glandular organ in the digestive system and endocrine system of vertebrates. In humans, it is located in the abdominal cavity behind the stomach. It is an endocrine gland producing several important hormones, including insulin, glucagon, somatostatin, and pancreatic polypeptide which circulate in the blood. The pancreas is also a digestive organ, secreting pancreatic juice containing digestive enzymes that assist digestion and absorption of nutrients in the small intestine. These enzymes help to further break down the carbohydrates, proteins, and lipids in the chyme. 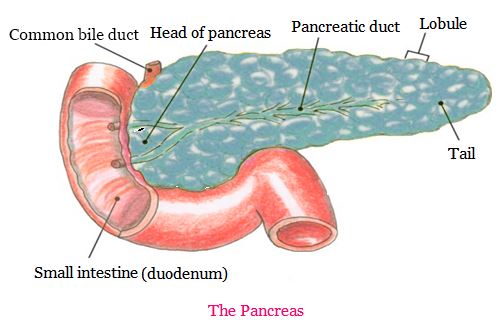 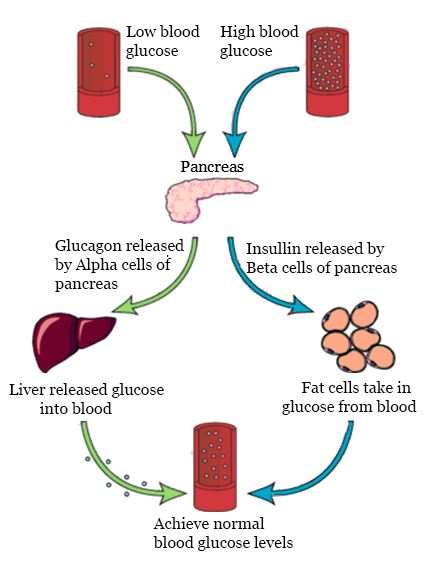 In response to insulin, cells (muscle, red blood cells, and fat cells) take glucose in from the blood, which ultimately lowers the high blood glucose levels back to the normal range.