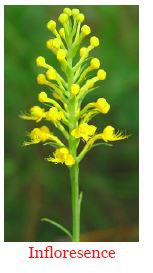 An inflorescence is a group or cluster of flowers arranged on a stem that is composed of a main branch or a complicated arrangement of branches. Morphologically, it is the part of the shoot of seed plants where flowers are formed and which is accordingly modified. The modifications can involve the length and the nature of the internodes and the phyllotaxis, as well as variations in the proportions, compressions, swellings, adnations, connations and reduction of main and secondary axes. Inflorescence can also be defined as the reproductive portion of a plant that bears a cluster of flowers in a specific pattern. 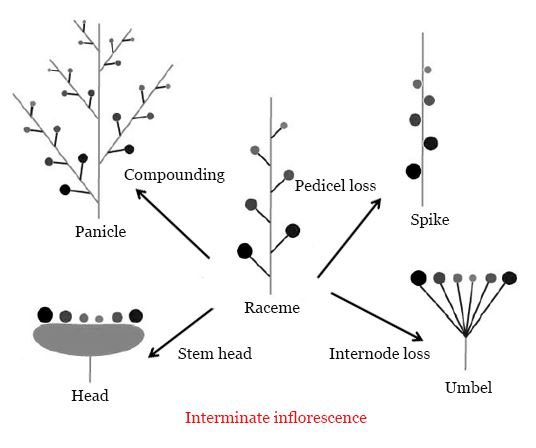 ii. Determinate inflorescence (Cymose)
Soon after the inflorescence begins development the terminal bud differentiates into a flower. This terminates future growth in length and additional flowers can only develop from buds already formed or from lateral growth. It is an inflorescence of limited growth. The oldest flower is located at the end of the stem or in the center of the inflorescence. 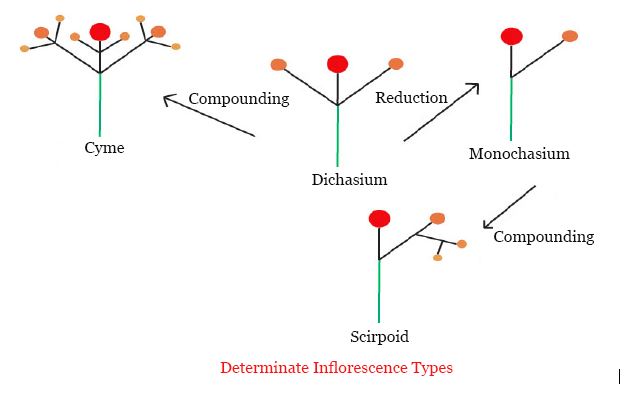