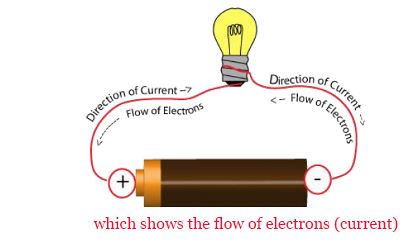 Key points
* It is a scalar quantity.
* Electric current unites are 1c/sec = 1amp = 1 A.
* A current will flow until there is no potential difference.
* The direction of current flow in a wire is opposite the flow of the electrons.
* One ampere is equivalent to one coulomb, which is equal to 6.241 × 1018 electron/sec. 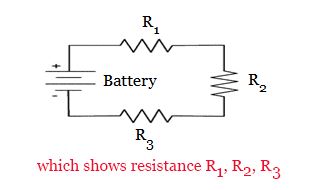 Key points
* The SI unit of electrical resistance is the ohm (

).
* The resistance(R) of an object is defined as the ratio of voltage(V) across it to current through it (I).
* Therefore Voltage and Current are directly proportional to each other.
* When the resistive force is high, the current will go down if the voltage difference that drives the motion remains the same. 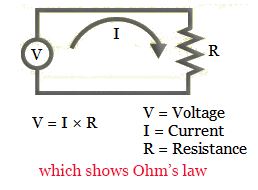 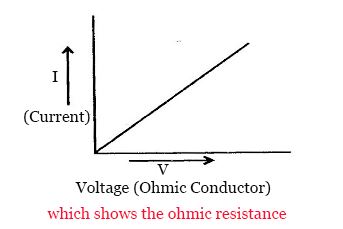 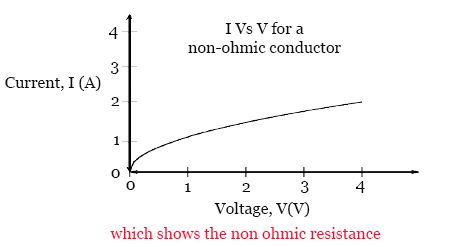 Example: Resistance of diode valve, resistance of triode valve.
Key points
* These type of devices do not have a constant value of resistance and the resistance is called dynamic resistance because it constantly changing.
* Examples of such devices are tungsten filament, diode, thermistor.

Conductance
Conductance is an expression of the ease with which electric current flows through a substance. In equations, conductance is symbolized by the uppercase letter G. The standard unit of conductance is the siemens (S), formerly known as the mho.
Conductance (G) = 1/Resistance = 1/R

l/A    or    R = ρ l/A
* Here ρ is a constant of material of conductor. It is called as specific resistance or resistivity. Its SI unit is ohm meter. 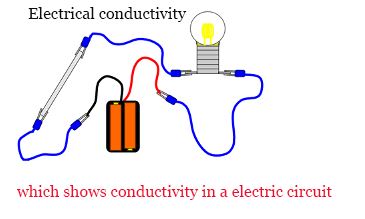 Key points
* Its SI unit is mho m-1 or seimen / meter.
* In solutions the current is carried by cations and anions.
* In metals it is carried by electrons. 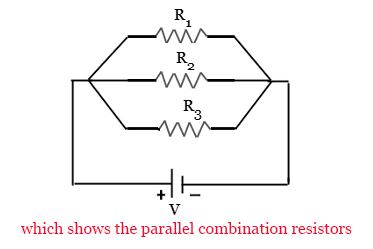 Kilowatt hour
A measure, of electrical energy equivalent to power consumption of one thousand watts for one hour.
1 kilowatt hour = 3.6 × 106 joule
Key points
* One kilowatt hour is also called as Board of trade unit.

Ammeter
Ammeter, is an instrument for measuring electric current in amperes in a circuit. 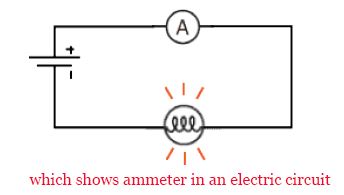 Key points
* Instruments used to measure smaller currents, in the milliampere or microampere range, are designated as milliammeters or microammeters.
* Electric currents are measured in amperes (A).
* It is connected in series in the circuit.

Voltmeter
Voltmeter is an instrument used to measure the potential difference between two points in a circuit. 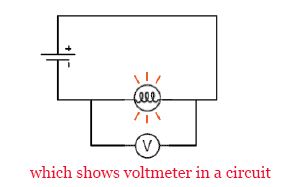 Key points
* Some voltmeters are used in direct current (DC) circuits.
* Some other are designed for alternating current (AC) circuits.
* Specialized voltmeters can measure radio frequency (RF) voltage.
* It is connected in parallel to the circuit.
* The resistance of an ideal voltmeter is infinite.

Electric fuse
Electric fuse, is an electric device that can interrupt the flow of electrical current when it is overload. 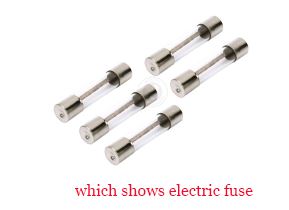 Key points
* It is used in series with an electric appliance.
* It is used to save from being damaged due to high current.
* It is a small conducting wire of alloy of copper, tin and lead having low melting point.
* The pure electric fuse made up of tin.

Galvanometer
Galvanometer is an instrument for detecting and measuring small electric currents. 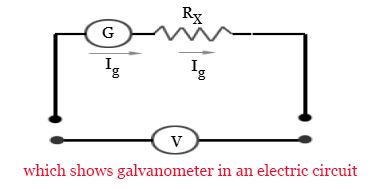 Key points
* It can measure current up to 10-6 A.
* These were the first instruments used to detect and measure electric currents.

Shunt
An electrical conductor joining two points of a circuit, through which more or less of a current may be diverted. 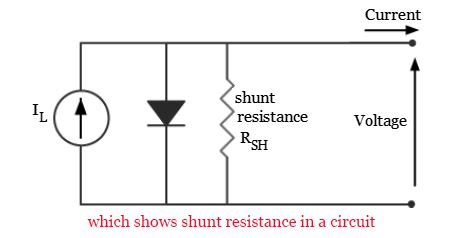 Generator ( A C Dynamo)
It is a device used to convert mechanical energy into electrical energy for use in an external circuit. 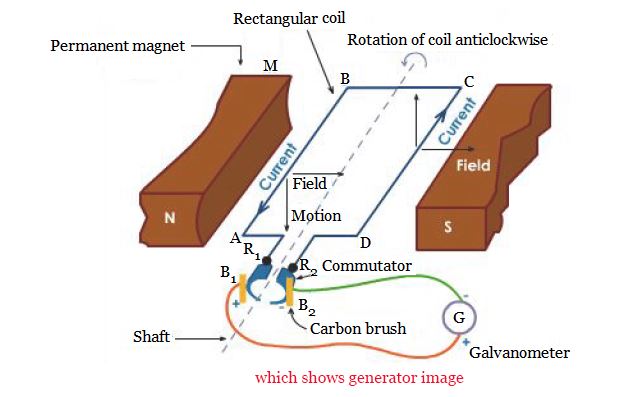 Key points
* It works on the principle of electro-magnetic induction.
* Generators provide nearly all of the power for electric power grids. 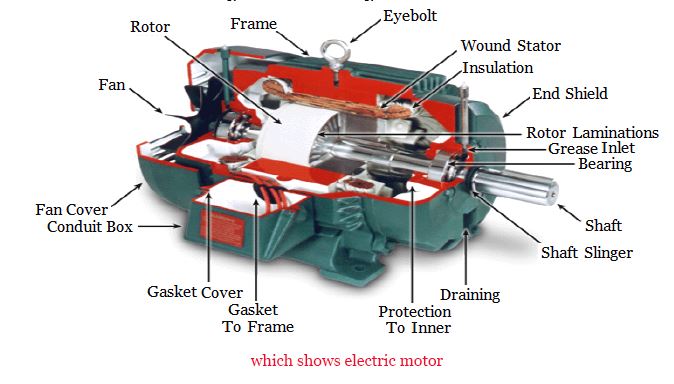 Microphone
An instrument for converting sound waves into electrical energy variations which may then be amplified, transmitted, or recorded. In 1916, C. Wente developed the first condenser microphone. 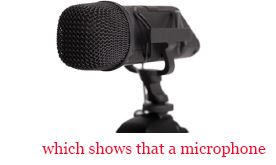 Key points
* These are used in many applications such as telephones, hearing aids, public address systems for concert halls and public events, motion picture production, live.
* Most microphones today use electromagnetic induction, capacitance change or piezoelectricity to produce an electrical signal from air pressure variations.
* These typically need to be connected to a preamplifier before the signal can be amplified with an audio power amplifier or recorded.