SEXUAL REPRODUCTION
» Sexual reproduction involves formation of the male and female gametes either by
the same individual or by different individuals of the opposite sex.
» The gametes unite to form a zygote which develops into a new organism.
» The offsprings produced by sexual reproduction are not identical to the parents or
among themselves.
» In annuals and biennials vegetative, reproductive and senescent phases are clear.
» In perennials these phases are not distinct.
» Hormones and environmental factors regulate reproductive process.
» Events in sexual reproduction:
1. Pre fertilization
2. Fertilization
3. Post – fertilization
¤ Pre fertilization events:
1. Gametogenesis
2. Gamete transfer
Gametogenesis:
» It is the process of formation of two types of gametes.
» If both the gametes are similar they are called homogametes or isogametes.
e.g.: Cladophora 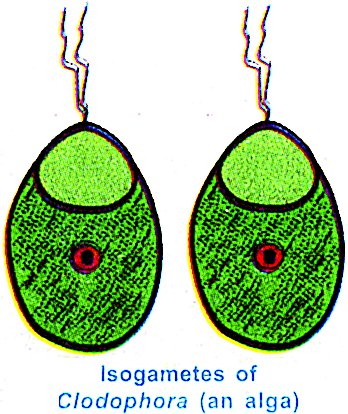 » In seed plants (angiosperms and gymnosperms) pollen grains produce male gametes
and ovule produces egg (female gamete).
» Hence the pollen grains are transferred to the stigma of a flower by pollination.

¤ Post fertilization events:
» Every sexually reproducing organism begins life as a single celled zygote.
» In fungi and algae the zygote develops a thick wall and undergoes a period of rest.
It later divides by meiosis to form haploid spores that grow into haploid individuals.
» Zygote undergoes cell division (mitosis) and cell differentiation to form an embryo.
» The process of development of embryo from the zygote is called embryogenesis.
» As the zygote develops into embryo, the ovules develop into seeds, the ovary
develops into fruit.
» Seeds germinate under favorable conditions to produce new plants.

Chemistry is not a mystery

Chemistry is not a mystery if you understand

Immerse yourself and be confident

English is a simple and easy language in

Conceptual clarity is important to score

Botany is an integral part of Natural Sciences,