* If a cake is cut into five pieces and three pieces are taken out of five pieces, then these three pieces are known as  3/5  .
* Thus the relation to represent some part to the whole part is known as fraction.
* The upper part of the fraction is called Numerator and the lower part is called Denominator.
* For example in the fraction 4/7 , 4 is the numerator and 7 is the denominator.
* Fraction is always represented in its lowest terms.
* To reduce a fraction to its lowest term, both numerator and denominator are to be divided by the highest common factor.
* For example 3 is the highest common factor of the numerator and denominator of  6/9 . When both 6 and 9 are divided by 3, the fraction becomes  2/3 . Directions : What should come in place of question mark (?) in the following questions?
1. 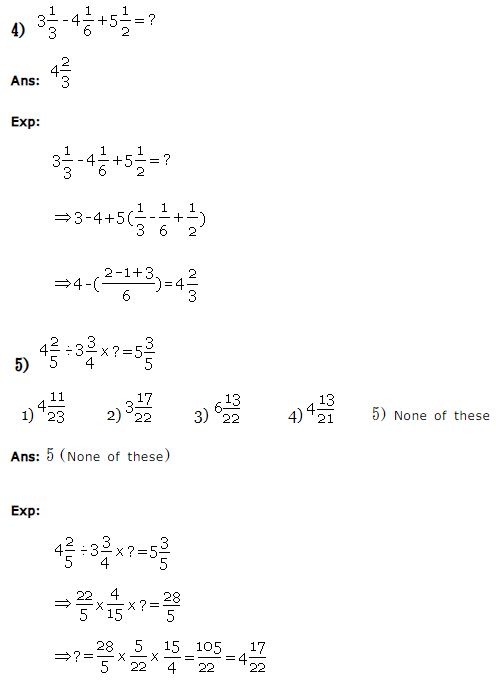 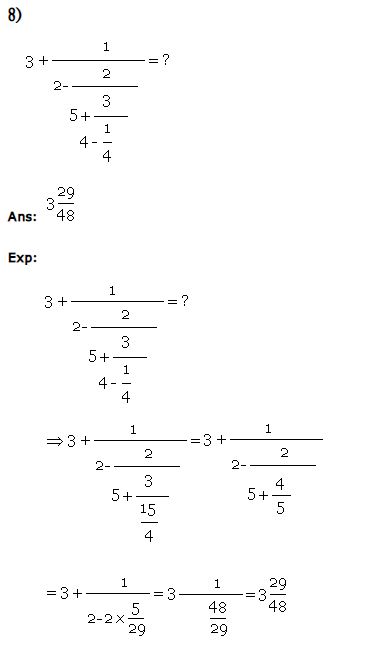 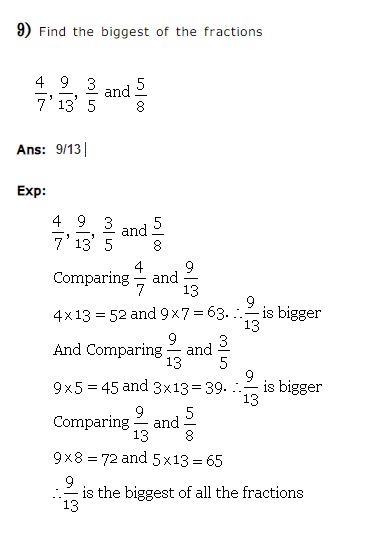 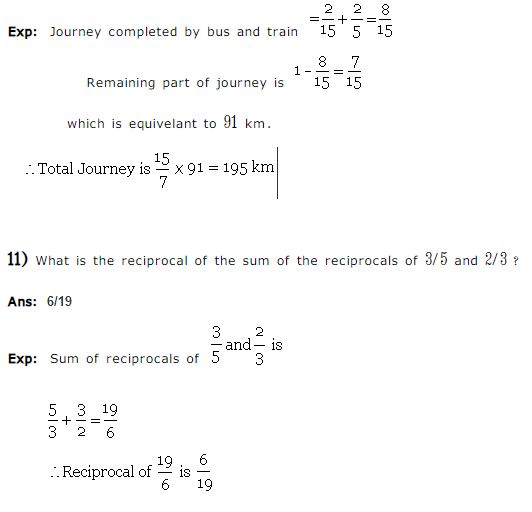