Beyond our Solar System

Our star and its planets are a tiny part of the Milky Way galaxy. The Milky Way is a huge city of stars, so big that even at the speed of light, it would take 100,000 years to cross it. All the stars in the night sky, including our sun, are just some of the residents of this galaxy. Beyond our own galaxy lies a vast expanse of galaxies.
Need-to-know things about the Universe:
1. Our universe is expanding. About 14 billion years ago, scientists believe the universe was compressed into a single point in space.
2. There are at least 100,000,000,000 galaxies in the universe. A galaxy is full of stars: Our sun is just one of at least 100,000,000,000 stars in our own Milky Way galaxy, and each of those stars could have their own planetary system. 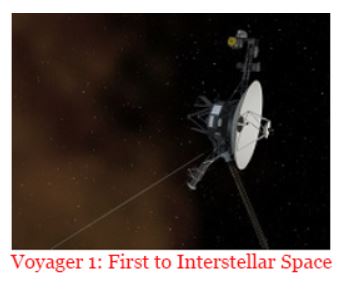 3. About 68 percent of the universe is made of dark energy. Dark matter makes up about 27 percent. The rest – everything on Earth, everything ever observed with all of our instruments, all normal matter adds up to less than 5 percent of the universe.
4. We now know that our universe has a foamy structure. The galaxies that comprise the observable universe are concentrated in vast sheets and filaments surrounding enormous cosmic voids.
5. The Milky Way galaxy is in the Local Group, a neighborhood of about 30 galaxies. Our nearest major neighboring galaxy is called Andromeda.
6. More than 1,700 extrasolar planets (or exoplanets) planets have been confirmed. There are thousands of potential exoplanets await discovery confirmation.
7. Other planetary systems could have the potential for life, but no signs have yet been found beyond Earth.
8. Two-thirds of the galaxies within the Universe are spiral-shaped like our Milky Way galaxy. The have elliptical shapes, and a few have unusual shapes like toothpicks or rings.
9. The Hubble Space Telescope observed a tiny patch of sky (one-tenth the diameter of the moon) for 11.6 days and found approximately 10,000 galaxies of all sizes, shapes and colors.
10. Black holes are not empty spaces in the Universe. A black hole is a great amount of matter packed into a very small area, which results in a gravitational field so strong that nothing - not even light - can escape.