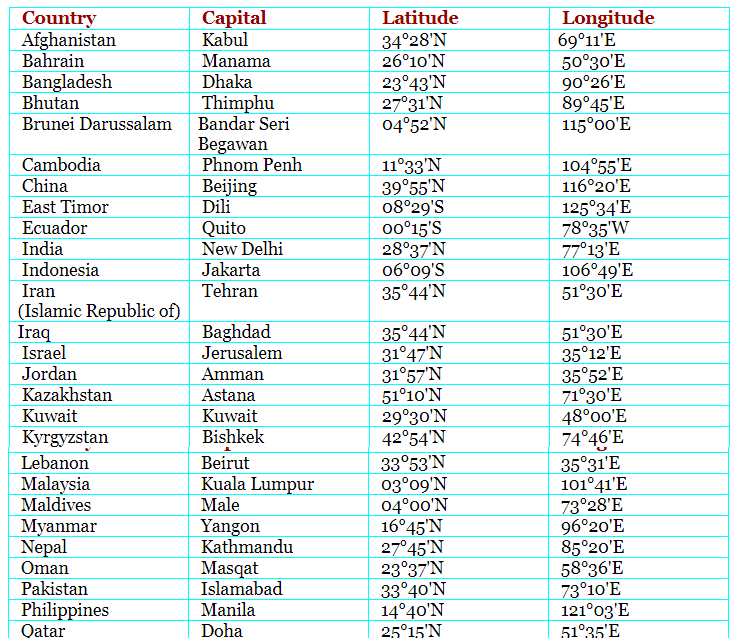 Greekthreee-Continent System:
The border between Asia and Europe has historically been determined by Europeans only. The original distinction between the two was made by the ancient Greeks. They used the Aegean Sea, the Dardanelles, the Sea of Marmara, the Bosporus, the Black Sea, the Kerch Strait, and the Sea of Azov as the border between Asia and Europe. The Nile was often used as the border between Asia and Africa (then called Libya), although some Greek geographers suggested the Red Sea would form a better boundary. Darius' canal between the Nile and the Red Sea introduced considerable variation in opinion. Under the Roman Empire, the Don River emptying into the Black Sea was the western border of Asia. It was the northernmost navigable point of the European shore.  In the 15th century the Red Sea became established as the boundary between Africa and Asia, replacing the Nile.

Asia–Europe boundary:
The Don River became unsatisfactory to northern Europeans when Peter the Great, king of the Tsardom of Russia, defeating rival claims of Sweden and the Ottoman Empire to the eastern lands, and armed resistance by the tribes of Siberia, synthesized a new Russian Empire extending to the Ural Mountains and beyond, founded in 1721. The major geographical theorist of the empire was actually a former Swedish prisoner-of-war, taken at the Battle of Poltava in 1709 and assigned toTobolsk, where he associated with Peter's Siberian official, Vasily Tatishchev, and was allowed freedom to conduct geographical and anthropological studies in preparation for a future book.
In Sweden, five years after Peter's death, in 1730 Philip Johan von Strahlenberg published a new atlas proposing the Urals as the border of Asia. The Russians were enthusiastic about the concept, which allowed them to keep their European identity in geography. Tatishchev announced that he had proposed the idea to von Strahlenberg. The latter had suggested the Emba River as the lower boundary. Over the next century various proposals were made until the Ural River prevailed in the mid-19th century. The border had been moved perforce from the Black Sea to the Caspian Sea into which the Ural River projects. In the maps of the period, Transcaucasia was counted as Asian. The incorporation of most of that region into the Soviet Union tended to push views of the border to the south. Asian cultures had no say in this system of determining the imaginary boundaries separating them from Europe.

Asia–Oceania boundary:
The border between Asia and the loosely defined region of Oceania is usually placed somewhere in the Malay Archipelago. The terms Southeast Asia and Oceania, devised in the 19th century, have had several vastly different geographic meanings since their inception. The chief factor in determining which islands of the Malay Archipelago are Asian has been the location of the colonial possessions of the various empires there (not all European). Lewis and Wigen assert, "The narrowing of 'Southeast Asia' to its present boundaries was thus a gradual process."