Earth, our home planet, is the only planet in our solar system known to harbor life - life that is incredibly diverse. All the things we need to survive exist under a thin layer of atmosphere that separates us from the cold, airless void of space.
1. If the sun were as tall as a typical front door, Earth would be the size of a nickel.
2. Earth is the third planet from the sun at a distance of about 150 million km (93 million miles) or one AU.
3. One day on Earth takes 24 hours (this is the time it takes the Earth to rotate or spin once). Earth makes a complete orbit around the sun (a year in Earth time) in about 365 days. 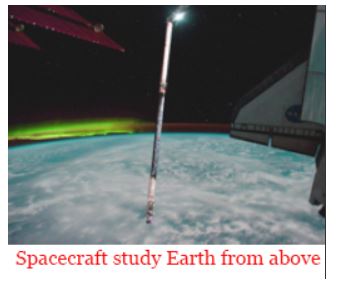 4. Earth is a rocky planet, also known as a terrestrial planet, with a solid and dynamic surface of mountains, valleys, canyons, plains and so much more. What makes Earth different from the other terrestrial planets is that it is also an ocean planet: 70 percent of the Earth's surface is covered in oceans.
5. The Earth's atmosphere is made up of 78 percent nitrogen (N2), 21 percent oxygen (O2) and 1 percent other ingredients -the perfect balance for us to breathe and live. Many planets have atmospheres, but only Earth's is breathable.
6. Earth has one moon. Another name for a moon is satellite.
7. Earth has no rings.
8. Many orbiting spacecraft study the Earth from above as a whole system and together aid in understanding our home planet.
9. Earth is the perfect place for life.
10. Earth's atmosphere protects us from incoming meteoroids, most of which break up in our atmosphere before they can strike the surface as meteorites. 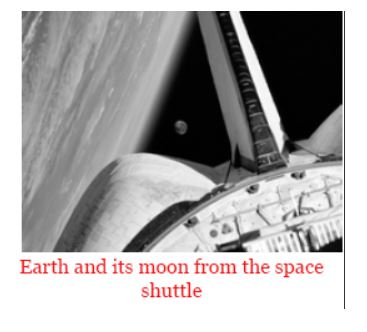 11. Earth, our home planet, is the only planet in our solar system known to harbor life - life that is incredibly diverse. All the things we need to survive exist under a thin layer of atmosphere that separates us from the cold, airless void of space. 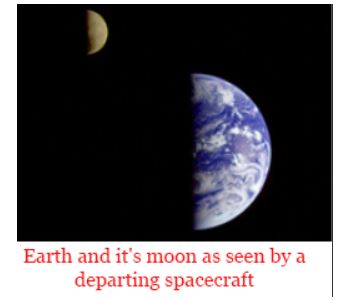 12. Earth is made up of complex, interactive systems that create a constantly changing world that we are striving to understand. From the vantage point of space, we are able to observe our planet globally, using sensitive instruments to understand the delicate balance among its oceans, air, land, and life. NASA satellite observations help study and predict weather, drought, pollution, climate change, and many other phenomena that affect the environment, economy, and society.
13. Earth is the thrid planet from the sun and the fifth largest in the solar system. Earth's diameter is just a few hundred kilometers larger than that of Venus. The four seasons are a result of Earth's axis of rotation being tilted 23.45 degrees with respect to the plane of Earth's orbit around the sun. During part of the year, the northern hemisphere is tilted toward the sun and the southern hemisphere is tilted away, producing summer in the north and winter in the south. Six months later, the situation is reversed. When spring and fall begin, both hemispheres receive roughly equal amounts of solar illumination.
14. Earth's global ocean, which covers nearly 70 percent of the planet's surface, has an average depth of about 4 kilometers. Fresh water exists in the liquid phase only within a narrow temperature span - 0 to 100 degrees Celsius (32 to 212 degrees Fahrenheit). This span is especially narrow when contrasted with the full range of temperatures found within the solar system. The presence and distribution of water vapor in the atmosphere is responsible for much of Earth's weather.