Land: Land is one of most important natural resources. It covers only about 30% of the total area of the Earth's surface. The distribution of the population in different parts of the world depends on the varied characteristics of land & climate. 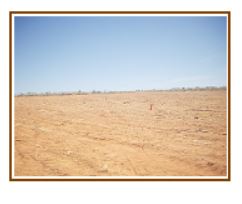 Land forms: Land form is a portion of the Earth's surface which formed due to geomorphic process like..
(i) Erosion and      (ii) Deposition.
The land forms are a result of two processes. Within the Earth, a continuous movement is taking place and it's known as Internal Process which leads to the upliftment and sinking of the Earth's surface at several places.
The second, known as External Process is the continuous wearing down and rebuilding of the land surface i.e., through the processes of Erosion and Deposition.
Every landform once formed may change its shape, size and nature.
The geomorphic agents like running water, ground water, wind, glaciers, waves, ... etc., have their influence on the formation and physical characteristics of the land forms.
e.g.: Valleys are formed due to running water (fluvial) erosion.

Tectonic activities like Earthquakes, Tsunamis and climatic changes like heavy rainfall and high temperature influence the evolution of land forms. 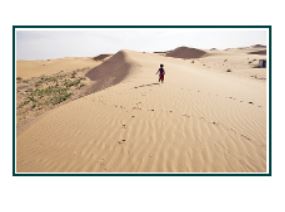