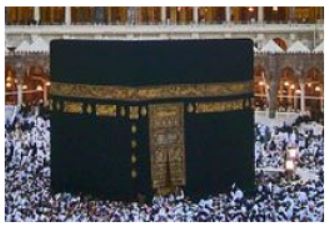 The Al-Aqsa Mosque (also spelled El-Aksa; "Distant Mosque") is the most important mosque in Jerusalem. Located on the Haram esh-Sharif (the Noble Sanctuary) or Temple Mount, it is the third holiest site in Islam after Mecca and Medina. It is the central focus of the Muslim community in Jerusalem, hosting daily prayers and accommodating large crowds for Friday sermons.

The Clock Tower of the Palace of Westminster - officially named Saint Stephen's Tower - is commonly known as the Big Ben. The tower is one of London's most famous landmarks.
The clock inside the tower was the world's largest when it was installed in the middle of the nineteenth century. The name Big Ben actually refers to the clock's hour bell, the largest of the clock's five bells. The other four are used as quarter bells.

The Brandenburg Gate is the trademark of Berlin. The main entrance to the city, surrounded by the wall for thirty years, was known throughout the world as a symbol for the division of the city and for the division of the world into two power blocs. Today's international visitors to Pariser Platz come to re-experience this first gateway to the city, and to enjoy the long-denied freedom to walk through this magnificent work of art and look at it up close.

The Brown House (German: Braunes Haus) was the national headquarters of the National Socialist Party (Nationalsozialistische Deutsche Arbeiterpartei) in Germany. A large impressive stone structure, it was located in Munich, Bavaria. It was named for the colour of the party uniforms. 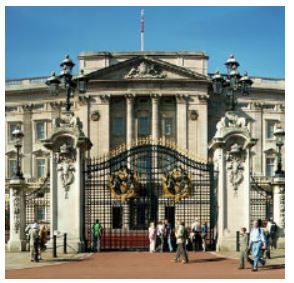 Buckingham Palace is the Queen's official London residence and is used to receive and  entertain guests on state, ceremonial and official occasions for the Royal Family. The palace was originally built in 1705 for the Duke of Buckingham.

The Flavius amphitheatre is the biggest and most imposing in the Roman world, but is also the most famous monument in Rome and is known as the "Colosseum" or "Coliseum". Started by Emperor Vespasian of the Flavia family, it was opened by his son Titus in 80 A.D.
The highly ostentatious opening ceremony, lasted one hundred days during which people saw great fights, shows and hunts involving the killing of thousands of animals (5000 according to the historian Suetonius). For the opening, the arena space was filled with water for one of the most fantastic events held in Roman times, naumachias – real sea battles reproducing great battles of the past.

Downing Street is the well known address for the British Prime Minister who resides at number 10. Downing Street is located in Whitehall, just a few minutes’ walk from the Houses of Parliament.   Tourists visiting Downing Street will only be able to see the street through large iron gates at the entrance. 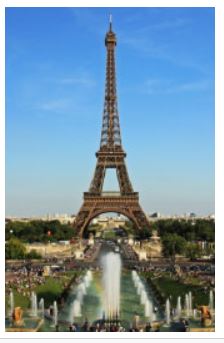 The Eiffel Tower is an iron lattice tower located on the Champ de Mars in Paris. It was named after the engineer Gustave Eiffel, whose company designed and built the tower. Erected in 1889 as the entrance arch to the 1889 World's Fair, it was initially criticised by some of France's leading artists and intellectuals for its design, but has become both a global cultural icon of France and one of the most recognizable structures in the world. The tower is the tallest structure in Paris and the most-visited paid monument in the world; 6.98 million people ascended it in 2011.The tower received its 250 millionth visitor in 2010.

Fleet Street is a street in the City of London named after the River Fleet, London's largest underground river. It was the home of British national newspapers until the 1980s. Even though the last major British news office, Reuters, left in 2005, the term Fleet Street continues to be used as a metonym for the British national press.