A continent is one of several very large landmasses on Earth. They are generally identified by convention rather than any strict criteria, with up to seven regions commonly regarded as continents.
Africa, the Americas, Antarctica, Asia, Australia together with Oceania, and Europe are considered to be Continents.
The term continent is used to differentiate between the various large areas of the earth into which the land surface is divided. So, a continent is "a large, continuous area of land on Earth". All continents together constitute less than one-third of the earth's surface, that means more than two-thirds of the earth's surface are covered with water. Two-thirds of the continental land mass is located in the Northern Hemisphere. 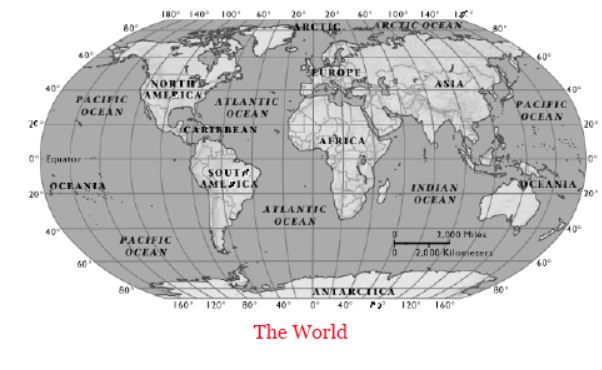