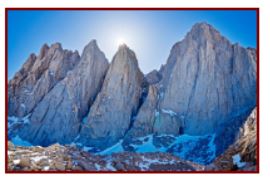 A mountain is very natural elevation of the Earth Surface. Mountains may have a broad base and small peak and some mountains are ever higher than the clouds. They vary in their heights and shape. When you go higher, the climate becomes colder and in some mountains, there are permanently frozen rivers of ice and some mountains even exist under the Sea. Due to harsh climate, few people live in the mountain areas. Because of the steep slopes, less land is fit for farming.
Mountains which are arranged in a line known as Range and these ranges extended over hundreds of Kilometres.
e.g.: The Himalayas of Asia
The Alps of Europe
The Andes mountains of South America.
* There are 3 types of mountains. They are
1. Fold Mountains
2. Block Mountains
3. Volcanic Mountains 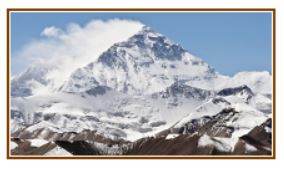 (1) Fold Mountains: Fold mountains are the mountains which are formed due to the sliding over the tectonic plates of the Earth's surface. As the name itself indicates, these are folded in nature with high conical peaks.
* The Himalayan mountains and the Alps are young fold mountains.
* The Aravali Range in India is one of the oldest fold mountain system in the world.
* The Appalachians in North America and Ural mountains in Russia have rounded features and low elevation and these are very old fold mountains.

(2) Block Mountains: Block Mountains are formed when large areas broken and displaced vertically. The uplifted blocks are termed as horsts and the lowered blocks are known as graben.
e.g.: The Rhine valley and the Vosges mountain in Europe are of such type.

(3) Volcanic Mountains: Volcanic mountains are the mountains which are formed due to volcanic activity.
e.g.: Mount Kilimanjaro (Africa)

Advantages of Mountains:
* Mountains are a source and storehouse of water.
* Water from the mountains is used for irrigation and in the generation of hydro electricity.
* Mountains acts as shield from the attack of cold winds.
* Mountains provide an idyllic site for tourists.
* Mountains have a wide variety of flora and fauna.