The Indian Judicial System has the Supreme Court of India at its helm, which at present is located only in the capital city of Delhi, without any benches in any part of the nation, and is presided by the Chief Justice of India. The Supreme Court of India has many Benches for the litigation, and this apex court is not only the final court of permissible Appeal, but also deals with interstate matters, and matters comprising of more than one state, and the matters between the Union Government and any one or more states, as the matters on its original side. The President of India can always seek consultation and guidance including the opinion of the apex court and its judges. This court also has powers to punish anybody for its own contempt.
The largest bench of the Supreme Court of India is called the Constitution Bench and comprises of 5 or 7 judges, depending on the importance attached of the matters before it, as well as the work load of the court. The apex court comprises only of various benches comprising of the Divisional benches of 2 and 3 judges, and the Full benches of 3 or 5 judges. The Appeals to this court are allowed from the High Court, only after the matter is deemed to be important enough on the point of law or on the subject of the constitution of the nation, and is certified as such by the relevant High Court.
In the absence of any certificate from the High Court, a person may, with the leave of the apex court, appeal to this court, by filing a Special Leave Petition before the court. A person or body may also file a Writ against the violation of Fundamental Rights granted under the Constitution of India, with the permission of the apex court. Certain writs are allowed to be instituted in the apex court directly, against the orders of the Courts of the Court Martial, and the Central Administrative Tribunals.

History of Supreme Court:
In 1861 the Indian High Courts Act 1861 was enacted to create High Courts for various provinces and abolished Supreme Courts at Calcutta, Madras and Bombay and also the Sadar Adalats in Presidency towns which had acted as the highest court in their respective regions. These new High Courts had the distinction of being the highest Courts for all cases till the creation of Federal Court of India under the Government of India Act 1935. The Federal Court had jurisdiction to solve disputes between provinces and federal states and hear appeal against Judgements from High Courts.

Composition and Appointments
The Supreme Court consists of the Chief Justice of India and not more than twenty-five other judges. There can be ad hoc judges for a temporary period due to lack of quorum of the permanent judges. However, Parliament has the power to make laws regulating the constitution, organisation, jurisdiction and powers of the Supreme Court. The Constitution makes it clear that the President shall appoint the Chief Justice of India after consultation with such judges of the Supreme Court and of High Courts as he may deem necessary. And in the case of the appointment of other judges of the Supreme Court, consultation with the Chief Justice, in addition to judges is obligatory
A person shall not be qualified for appointment as a judge of the Supreme Court unless he is:
a) A citizen of India, and
b) Either
i) A distinguished jurist; or
ii) Has been a High Court judge for at least 5 years, or
iii) Has been an Advocate of a High Court for at least 10 years.
Once appointed, a judge holds office until he attains 65 years of age. He may resign his office by writing addressed to the President or he may be removed by the President upon an address to that effect being passed by a special majority of each House of the Parliament on grounds of ‘proved misbehaviour’ and ‘incapacity’. The salaries and allowances of the judges are fixed high in order to secure their independence, efficiency and impartiality. The Constitution also provides that the salaries of the judges cannot be changed to their disadvantage, except in times of a financial emergency. The administrative expenses of the Supreme Court, the salaries, allowances, etc, of the judges are charged on the Consolidated Fund of India. In order to shield the judges from political controversies, the Constitution empowers the court to initiate contempt proceedings against those who impute motives to the judge in the discharge of their official duties. Even the Parliament cannot discuss the conduct of a judge except when a resolution for his removal is before it.

Jurisdiction of the Supreme Court

The Supreme Court has vast jurisdiction and its position is strengthened by the fact that it acts as a court of appeal, as a guardian of the Constitution and as a reviewer of its own judgements. Article 141 declares that the law laid down by the Supreme Court shall be binding on all courts within the territory of India. Its

jurisdiction is divided into four categories: Article 131 gives the Supreme Court exclusive and original jurisdiction in a dispute between the Union and a State, or between one State and another, or between group of states and others. It acts, therefore, as a Federal Court, i.e., the parties to the dispute should be units of a federation. No other court in India has the power to entertain such disputes. Supreme Court is the guardian of Fundamental Rights and thus has non-exclusive original jurisdiction as the protector of Fundamental Rights. It has the power to issue writs, such as Habeas Corpus, Quo Warranto, Prohibition, Certiorari and Mandamus. In addition to issuing these writs, the Supreme Court is empowered to issue appropriate directions and orders to the executive. Article 32 of the Constitution gives citizens the right to move to the Supreme Court directly for the enforcement of any of the Fundamental Rights enumerated in part III of the Constitution.

b) Advisory Jurisdiction
Article 143 of the Constitution vests the President the power to seek advice regarding any question of law or fact of public importance, or cases belonging to the disputes arising out of pre-constitution treaties and agreements which are excluded from its original jurisdiction.

The Supreme Court has the power to review any judgement pronounced or order made by it. Article 137 provides for review of judgement or orders by the Supreme Court wherein,7 subject to the provisions of any law made by the Parliament or any rules made under Article 145, the Supreme Court shall have the power to review any judgement pronounced or made by it.
However, the Supreme Court jurisdiction may be enlarged with respect to any of the matters in the Union List as Parliament may by law confer. Parliament may, by law, also enlarge or can impose limitations on the powers and functions exercised by the Supreme Court. Since Parliament and the Judiciary are created by the Constitution, such aforesaid acts must lead to harmonious relationship between the two, and must not lead to altering the basic structure of the Constitution. Moreover, all these powers can also be suspended or superceded whenever there is a declaration of emergency in the country. 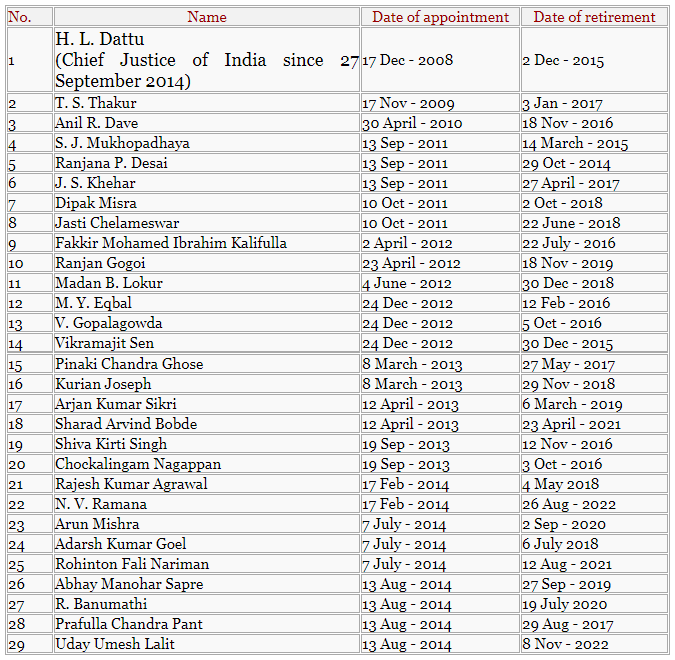