The endocrine system is the collection of glands that produce hormones that regulate metabolism, growth and development, tissue function, sexual function, reproduction, sleep, and mood, among other things.
The endocrine system is made up of the pituitary gland, thyroid gland, parathyroid glands, adrenal glands, pancreas, ovaries (in females) and testicles (in males), the Mayo Clinic notes. 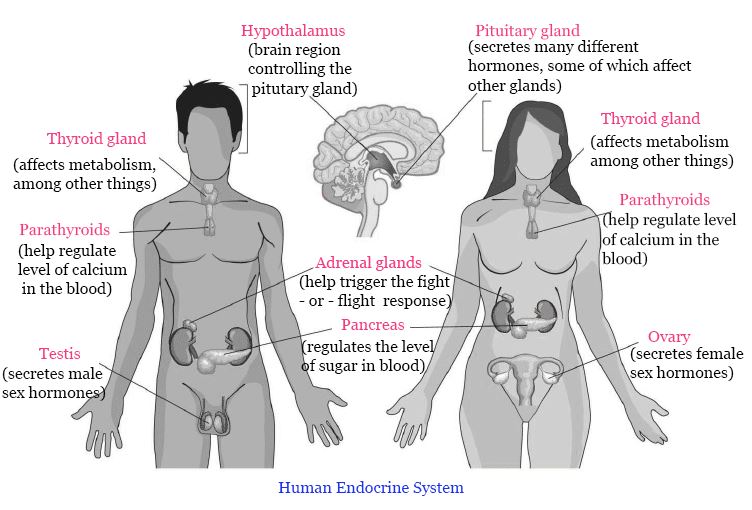 The word endocrine derives from the Greek words "endo," meaning within, and "crinis," meaning to secrete, according to Health Mentor Online. In general, a gland selects and removes materials from the blood, processes them and secretes the finished chemical product for use somewhere in the body. The endocrine system affects almost every organ and cell in the body.
Although the hormones circulate throughout the body, each type of hormone is targeted toward certain organs and tissues. The endocrine system gets some help from organs such as the kidney, liver, heart and gonads, which have secondary endocrine functions. The kidney, for example, secretes hormones such as erythropoietin and renin.
Endocrine system is also called hormonal system. It contains endocrine glands. The glands also called ductless glands. Endocrine glands secrete hormones directly into blood. These hormones act on target tissue.