Introduction:
The Council of Scientific and Industrial Research (CSIR) is the name of the nationwide research platform consisting of a network of laboratories which spans the geographical dimensions of India. Its programmes which bridge various disciplines, address specific needs which arose in the process of social transformation in the post-colonial context and demands which our society faces in this period of globalization.
This multidisciplinary and multi locational council runs 39 laboratories and 80 field centres which carry out fundamental and applied R & D in all areas of science and technology, barring atomic energy. The dynamic dimension of the network is the pool of knowledge and expertise of over 5000 active scientists of repute, supported by over 10,000 scientific and technical personnel. This scientific infrastructure was built up over six decades. 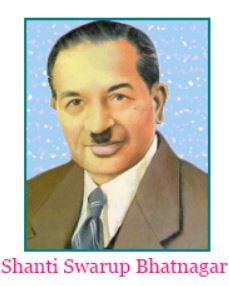 Dr. Shanti Swarup Bhatnagar (1894 - 1955), one of the brightest luminaries of Science in India, was the first Director (now called Director General) of the Council of Scientific & Industrial Research. His untiring efforts, devotion of duty and pioneering work in the field of Chemical Sciences brought him many laurels at the national and international levels. As an eminent scientist who was elected Fellow of Royal Society, Dr. Bhatnagar emphasized on the utilization of Science for national development and contributed greatly for the building of CSIR.

Pandit Jawaharlal Nehru said: "I have always been associated with many prominent figures eminent in other ways, but Dr. Bhatnagar was a special combination of many things, added to which was a tremendous energy with an enthusiasm to achieve things. The result was he left a record of achievement which was truly remarkable. I can truly say that but for? Dr. Bhatnagar you could not have seen today the chain of national laboratories."

History of CSIR:
In 1930s the need for establishing research organisations for the development of natural resources and new industries in India began to emerge.
* C. V. Raman, Lt. Col. Seymour Sewell and J. C. Ghosh had proposed the creation of an advisory board of scientific research.
* Sir Richard Gregory, then editor of Nature, was among the first people who officially reported to the British Government. After visiting scientific departments and universities in India in 1933, Gregory submitted to Samuel Hoare, Secretary of State for India, regarding the need of scientific organisation similar to the DSIR in Britain.
* Indian scientists at Calcutta and Bangalore initiated schemes to launch a National Institute of Sciences and an Indian Academy of Sciences, respectively.
* At the Fifth Industries Conference in 1933, the Provincial Governments of Bombay, Madras, Bihar and Orissa unanimously reiterated their demand for a co-ordinating forum for industrial research.

* The Industrial Intelligence and Research Bureau came into operation in April 1935 under the Indian Stores Department.
* The Bureau's limited resources made it impossible to initiate major research and industrial activities as had hoped for. It was mainly concerned with testing and quality control.
* At the onset of World War II in 1939, the bureau was proposed to be abolished. Arguably, Arcot Ramaswamy Mudaliar became the most instrumental in the creation of CSIR in India. He recommended that the Bureau should be terminated, not as a measure of economy, but to make room for a Board of Scientific and Industrial Research, which should be endowed with greater resources and wider objectives.
* It was by this persistence that the Board of Scientific and Industrial Research (BSIR) was created on 1 April 1940 for a period of two years.
* Mudaliar became the chairperson of the board. It was at this point that Bhatnagar was appointed to pilot the board, as the Director.
* The BSIR was allocated an annual budget of INR 500,000 under the Department of Commerce.
* By the end of 1940, about 80 researchers were engaged, of whom one-quarter was directly employed.
* In early 1941 Bhatnagar persuaded the government to set up an Industrial Research Utilisation Committee (IRUC) for translating results into application. The government then agreed to make a separate fund out of the royalties received from industry for further investment into industrial research.
* Mudaliar recommended that an Industrial Research Fund should be constituted, which would have an annual grant of INR 1,000,000 (one million) for a period of five years. This was accepted by the Central Assembly in Delhi at its session on 14 November 1941.
* Then the constitution of the Council of Scientific and Industrial Research (CSIR) as an autonomous body was prepared under Mudaliar and Bhatnagar.
* Thus, CSIR came into operation on 28 September 1942. The BSIR and IRUC were incorporated into the advisory bodies to the governing body of the CSIR.
* In 1943 the governing body of CSIR approved the proposal of Bhatnagar, though the initiative of Prime Minister Jawaharlal Nehru, to establish five national laboratories — the National Chemical Laboratory, the National Physical Laboratory, the Fuel Research Station, and the Glass and Ceramics Research Institute.
¤* The foundation for the Central Glass and Ceramic Research Institute at Kolkata was the first to be laid, in December 1945; and that for the National Chemical Laboratory at Pune was the last, on 6 April 1947, four months before India became independent. All the five establishments were completed by 1950. 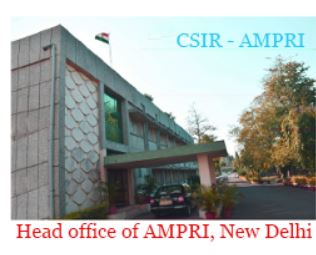 Advanced Materials and Processes Research Institute was instituted in May 1981 as "Regional Research Laboratory" (RRL) and officially started functioning from CSIR, New Delhi. The institute was then shifted to Bhopal and was located in the then Bhopal (now Barkatullah) University campus. It subsequently found a place in the present premises in December 1983; the premise which was originally built to accommodate a Cooperative Training College. The laboratory initially had about 15 scientists, with 10 of them specializing in metallurgy/materials science. This was the core strength of the institute at that time.

2. C.C.M.B: Centre for Cellular and Molecular Biology - Hyderabad
The center for cellular and molecular biology is a premier research organization in frontier areas of modern biology. The objectives of the centre are to conduct high quality basic research and training in frontier areas of modern biology, and promote centralized national facilities for new and modern techniques in the inter disciplinary areas of biology.                    CCMB was set up initially as a semi-autonomous Centre on April 1, 1977 with the Biochemistry Division of the then Regional Research Laboratory (presently, Indian
Institute of Chemical Technology, IICT) Hyderabad forming its nucleus and Dr.P.M Bhargava heading the new Centre. Earlier, the Governing Board of the Council of Scientific and Industrial Research (CSIR) New Delhi, the apex body which constituted 44 research institutions in the country, approved the proposal in 1976 to establish such a Centre in view of the importance of research in the frontier and multi-disciplinary areas of modern biology. During 1981 - 82, the CCMB was accorded the status of a full-fledged national laboratory with its own Executive Committee and Scientific Advisory Council. With major expansion plans, it was decided to relocate the Centre to a spacious campus.

3. N.G.R.I.: National Geophysical Research Institute - Hyderabad
National Geophysical Research Institute (NGRI), a constituent Laboratory of CSIR, was established in 1961 with the mission to carry out research in multidisciplinary areas of Earth Sciences. The Institute plays a pivotal role in the exploration of Hydrocarbons, Mineral and Groundwater resources in addition to studies in Engineering Geophysics, Seismology, Geo dynamics and Geo environment. The Institute has a staff strength of 550 that includes about 150 highly qualified scientists doing extensive research in Earth Sciences assisted by an equal number of highly skilled technical staff for data acquisition, data processing and field investigations.

4. I.I.C.T.: Indian Institute of Chemical Technology – Hyderabad
The Indian Institute of Chemical Technology (IICT) is a national-level research center located in Hyderabad, Telangana, under the Council of Scientific and Industrial Research (CSIR). IICT conducts research in basic and applied chemistry, biochemistry, bioinformatics, chemical engineering and provides science and technology inputs to the industrial and economic development of the country.
The research and development programmes of IICT relate to the development of technologies for pesticides, drugs, organic intermediates, fine chemicals, catalysts, polymers, organic coatings, use of low-grade coals, and value-added products from vegetable oils. Process design and mechanical engineering design form an integral part of technology development and transfer. IICT is also actively engaged in basic research in organic synthesis and catalyses. 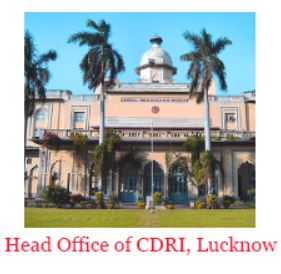 Central Drug Research Institute (CSIR-CDRI), a premier drug research institute of India was inaugurated on 17th Feb 1951 by the then Prime Minister of India Pt. Jawaharlal Nehru with a vision to strengthen and advance the field of drug research and development in the country.

The Institute has made significant accomplishments in the pursuit of its mission to New Drugs & Technologies for affordable healthcare for all, generation of knowledge base and nurturing future leaders for healthcare sector. Today, it has become a unique model for modernized drug research in India having everything under one roof, from synthesis, screening, development studies, process up-scaling to clinical studies. 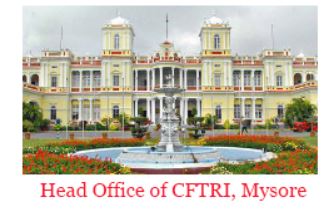 Central Food Technological Research Institute (CFTRI), Mysore came into existence during 1950 with the great vision of its founders, and a network of inspiring as well as dedicated scientists who had a fascination to pursue in-depth research and development in the areas of food science and technology. the focus of the Institute has been towards low-cost effective technologies, utilisation of indigenous raw materials, bio-friendly processes with emphasis on integrated technology and high level pursuit for total technology with underpinning of food safety, health and nutrition to all sections of the population.
The Institute has geared up its R&D and impact of the globalisation has given very good dividends with a large number of externally funded projects from national and international agencies. The present scenario in the country is very vibrant with rising capital investment in food industry, which is expanding at a rapid pace in urban markets for processed foods, especially for the traditional foods through eco-friendly technologies. 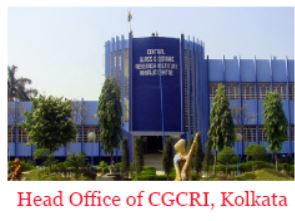 At the initial stages most of the work was directed towards identifying suitable mineral resources within the country and their suitability for specific product development. The quality control aspects in glass and ceramic received due attention and so was the work on glass forming machines and glass line equipment.

8. C.I.M.A.P: Central Institute of Medicinal and Aromatic Plants - Lucknow
Central Institute of Medicinal and Aromatic Plants, popularly known as CIMAP, is a frontier plant research laboratory established originally as Central Indian Medicinal Plants Organisation (CIMPO) in 1959, CIMAP is steering multidisciplinary high quality research in biological and chemical sciences and extending technologies and services to the farmers and entrepreneurs of medicinal and aromatic plants (MAPs) with its research headquarters at Lucknow and Research Centres at Bangalore, Hyderabad, Pantnagar and Purara.