ACHIEVEMENTS IN "INVITRO FERTILIZATION" IN INDIA 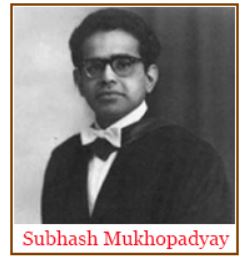 In October 1978, it was reported that Subash Mukhopadyay, a relatively unknown physician from Kolkata, India was performing experiments on his own with primitive instruments and a household refrigerator and this resulted in a test tube baby, later named as "Durga" (alias Kanupriya Agarwal) who was born on 3 October 1978.

However, state authorities prevented him from presenting his work at scientific conferences and, in the absence of scientific evidence his work is not recognized by the international scientific community.