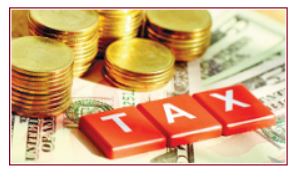 METHODS OF TAXATION
There are three methods of taxation prevalent in economics with their individual merits and demerits.
1. Progressive Taxation
* This method has increasing rates of tax for increasing value or volume on which the tax is being imposed.
* Indian income tax is typical example of it.
* The idea here is less tax on the people who earn less and higher tax on the people who earn more.
* Classifying income earners into different slabs.

2. Regressive Taxation
* This is just opposite to the progressive method having decreasing rates of tax increasing value or volume on which the tax is being imposed.
* There are not any permanent or specific sectors for such taxes.

3. Proportional Taxation
* In such taxation method there is neither progression not regression from the rate of taxes point of view.
* Such taxes have fixed rates for every level of income or production they are neutral from the poor or rich point view or from the levels of production point of view.
* Every tax, be it progressive or regressive in nature, must be converted into proportional taxes after a certain level.

1) Fairness
* Though fairness (i.e., the first criteria of a good tax system) is not always easy to define Economists suggest inclusion of two element in the tax system to make it fair.
Namely: Horizontal equity,
Vertical equity
2) Efficiency
* Efficiency of a tax system is its potential to affect or interfere the efficiency of the Economy.
* A good tax system raises revenue with the least cost on the tax payers and least interference on the allocation of resource in the Economy.

3) Administrative Simplicity
* This is the third criterion which includes factors like computation, filing, collection, etc.
* Of the taxes that all should be as simple as possible.
* Simplicity checks tax evasion too.

4) Flexibility
* A good tax system has the scope of desirable modification in it if there is any such need.

5) Transparency
* How much tax taxpayers are actually paying and what are they getting against it in the form of the public service should be ascertainable i.e. the transparency factor. 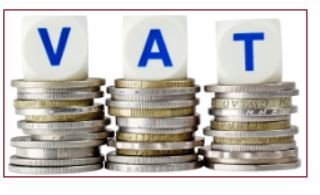 The value added tax (VAT) is a method of tax collection as well as name of a state level tax (at present in India).
* A tax collection at every stage of value addition i.e., either by production or distribution is known as the value added tax.
* Production of goods or services is nothing but stages of value additions where production of goods is done by the industrialists or manufacturers.
* VAT method of tax collection is different from the non - VAT method, in the sense that it is imposed and collected at different points of value addition chain i.e., multi - point tax collections.
* VAT does not have 'Cascading Effect' on the prices of goods it does not increase inflation and is therefore highly suitable for an economy like India where due to high level of poverty large number of people. People lack the market level purchasing capacity.
* It is a pro-poor tax system without being anti-rich because rich people do not suffer either.

NEED OF VAT IN INDIA
Some of the major reasons
* Implementation of VAT will improve the purchasing capacity and so living standard of the poor people.
* To bring in uniformity at the state - level taxes, VAT was a necessary step in India.
* As VAT increase the total tax collection (experience of the world suggests so) it was fit to be implemented at the state level.
* To prove one's level of value addition the purchase invoice/ receipt is a must which ultimately makes it cross-check the level of production and sale in the economy.
* At the end it is possible to merge some of the centre's indirect taxes with it i.e., arrival of the single VAT.

GOODS AND SERVICES TAX
The Goods and Service Tax (GST) is a proposal of tax in India which will emerge after merging many of the State and Central level indirect taxes.
Important Points of the Proposed GST are as follows
* It will be a tax collected on the VAT method.
* Having all the benefits of a VAT kind of Tax.
* It will be imposed all over the country with the uniformity of rate and will replace multiple central and state taxes.
* The taxes to be withdrawn or merged into the GST are
Central Taxes: CENVAT, Service Tax, Sale Tax and stamp Duty.
State Tax: State excise, Sales tax, Entry tax, Lease tax, Works contract tax, Luxury tax, Octroi, Turnover tax and Cess.
* The proposed tax has a single rate of 20 percent of which centre and state will have a share of 12 percent, 8 percent respectively.
* The union Budget 2006 - 07 repeated its commitment towards implementation of GST.
* The Government has announced (Union Budget 2012 - 13) to implement the GST from the next fiscal year i.e., 2012 - 13.
* GST Bill was accepted by the 122 amendment of the Parliament in 2016.

ADDITIONAL EXCISE DUTY
* There is a tax in India known as the Additional Excise Duty (AED) imposed and collected by the centre.
* This is not a form of excise duty.
* At the same time though the centre collects it the total corpus of collected tax is handed over to the states.

CST REFORMS
* The Central Sale Tax (CST) being an origin based non - rebatable tax.
* The CST reforms is a part of the tax reforms in India.
* The critical issue involved in phasing out of CST is that of compensating the state for revenue losses on account of such a phase out.

SERVICE TAX
* The introduction of service tax in 1994 - 95 by the Government of India has started paying the government on its tax revenue front.
* The Tax was introduced with only 3 services liable for taxation, gradually extended to over 100 services by 2007 - 08.
* The rate of tax has been risen to 12 percent by the Union Budget 2012 - 13 which becomes 12.33 percent on account of the education cess.