Synonyms are the words that are similar or nearly similar in meaning. A synonym, thus, has a literal meaning while its implied meaning may be different. Defining a synonym, the Concise Oxford Dictionary of Current English mentions – A synonym is a “word or phrase identical and coextensive in sense and usage with another of the same language”. Oxford Advanced Learners Dictionary of Current English writes – A synonym is a “word denoting the same thing as another but suitable to different emphasis”.
As such, a synonym is a word or expression accepted as a figurative or symbolic substitute for another word or expression. In other words, we can say that a synonym is a word which has the same or almost the same meaning as that of another word in the same language.
It may, however, be noted that, except in rare cases, no two words are exact synonyms that are interchangeable in all the contexts in which either might appear. However, within a given context, there are often close synonyms. For example: teach, educate and instruct convey more or less same meanings and can be called synonyms though they slightly differ from one another, principally in degrees of abstraction.

Hence words which are synonymous in one of their meanings may differ considerably in their other meanings.

There are certain points which we should remember while choosing a synonym. They are:
* A synonym should be in the same Part of Speech in which the given word is.
* A synonym, as mentioned above, may have a literal meaning and another an implied meaning. So, we should not choose a synonym blindly but be careful whether we have chosen the right word on the basis of the information given in the context.
* Sometimes, the examiners include an antonym in the alternative choices given for the answer of that synonym. Hence, we must be very cautious in choosing a synonym. 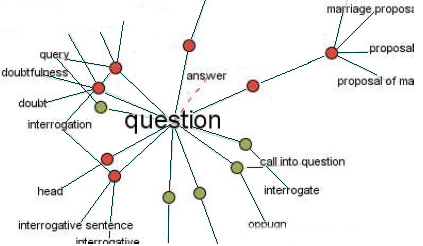 Note: The number of answer options is discretionary in accordance with the recruitment exam.

* In each of the following questions, out of the given alternatives, choose the one which best expresses the meaning of the given word.

* In each of the following questions, four pairs of words are given, marked a-d. Each pair consists of two words which have more or less similar meaning. However, one pair consists of two words which are different in meaning, which you have to select as your answer.
e.g. (a) authentic/genuine (b) genius/aptitude (c) ghastly/crime (d) gruesome/grim
Ans. (c) ghastly/crime

Ex: It’s so ludicrous that I have gone to hit the traffic constable on my scooter.

Explanation: Fishy is a phrase used to express a doubt or suspicion about something.

Explanation: Knave means a dishonest or a good-for-nothing person.

Explanation: Covert means concealed or not openly acknowledged regarding something.

Ex: He glanced covertly at his watch.

Explanation: Defile means to make something dirty or no longer pure.

Ex: The homes of the victims of the earth quake have been defiled completely.

Explanation: Pragmatic means solving problems in a practical and sensible way rather than by having fixed ideas.

Ex: They are pragmatic about the spending cuts to save money.

Ex: The British considered Bhagat Singh as a worthy adversary and killed him.

Explanation: Afflict means to affect somebody/ something in an unpleasant or harmful way.

Ex: She is badly afflicted with a heart problem.

Ex: The response from the minister regarding jobs was a weary cynicism.

16. Subversive (Noun)
a) Provocative            b) Conservative          c) Moderate        d) Conventional         e) Orthodox
Explanation: Subversive is a trying to destroy or damage a government or political system by attacking it secretly or indirectly.
Ex: He was a very well-known political subversive in my hometown.
Ans: a

23. Jeopardize (Verb)
a) Safeguard         b) Protect         c) Threaten        d) Preserve         e) Shield
Explanation: Jeopardize means to threaten something or somebody to harm or destroy.
Ex: This scandal could seriously jeopardize his chances of being re-elected as prime minister.
Ans: c

Directions (Qs. 1 - 23): Out of the four alternatives choose the one which best expresses the given word:

3. Adroit: clever or skilful. Adept: very skilled or proficient at something.

4. Abstemious: indulging only very moderately in something, especially food and drink. Sober: not affected by alcohol; not drunk.

5. Behest: a person's orders or command. Mandate: an official order or commission to do something.

7. Blench: make a sudden flinching movement out of fear or pain. Shudder: tremble convulsively, typically as a result of fear or revulsion.

8. Bode: be a portent of a particular outcome. Herald: Indicator or portent.

10. Enumeration: the action of mentioning a number of things one by one. Inventory: a complete list of items one by one.

11. Levigate: reduce (a substance) to a fine powder or smooth paste. Pulverize: reduce to fine particles.

20. Deaden: make (someone) insensitive to something. Numb: cause a sensation to be felt less intensely; deaden.